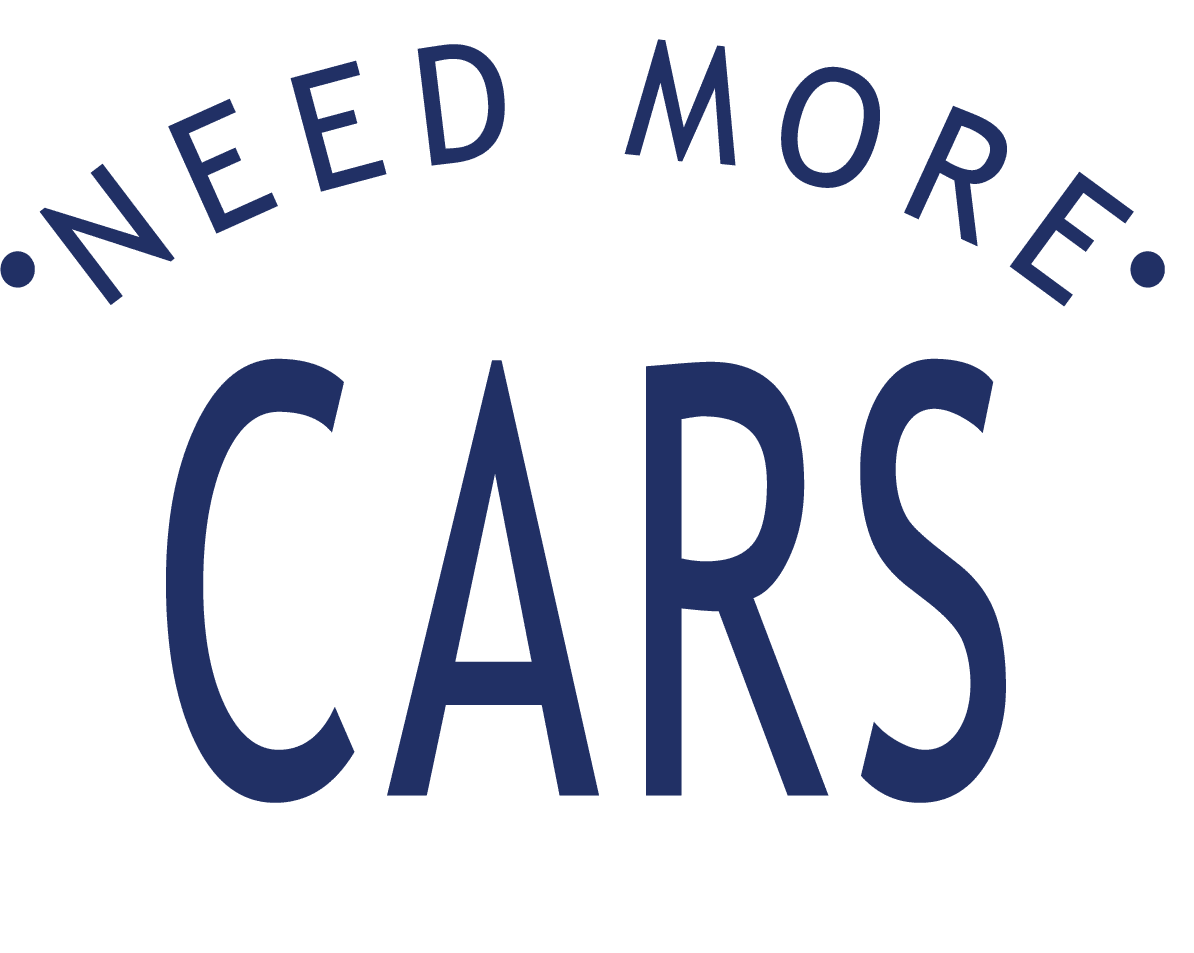 What Is Wrong With My LeMans? 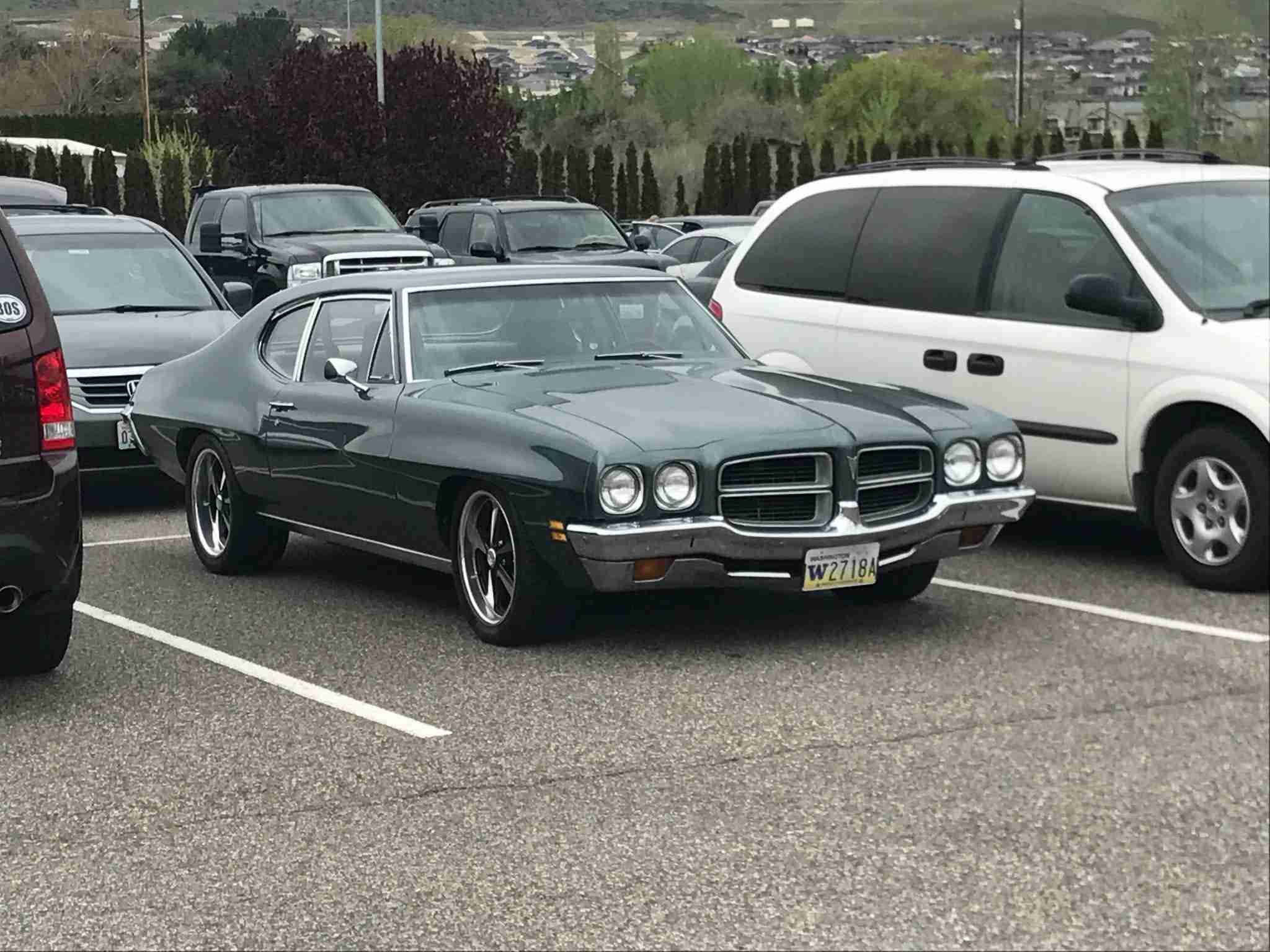 No car is perfect. Compromises must be made by the manufacturer or builder of a car in order to cope with the real world. A stiff, race car-like suspension, for example, might jar one’s fillings loose on the unmaintained roads of California. Perhaps the previous owner made a choice based on parts that were available to him instead of taking the time to find the ideal part. I would like to address some of the ways in which my 1972 Pontiac LeMans could be improved. These deficiencies were made more clear during a recent road trip taken to Eastern Washington.

The LeMans is a very loud car. It has a 400 cubic inch Pontiac engine that sounds like it came from a truck, a big dual exhaust, and wind noise on the verge of requiring hearing protection. One surmises that Pontiac may have designed the aerodynamics of this car to maximize wind noise so as to mask the squeaks and rattles coming from the dash (1972 was not the apogee of American automotive engineering). All of these decibels require one to increase the volume of the stereo in order to hear the music. At this point, one is traveling in the aural equivalent of a crowded night club (or so I would imagine, I confess to not spending time in clubs).

My primary strategy to suppress the sound level in the LeMans is the installation of sound deadening material on the floor, doors and roof of the car. There are a ton of products on the market. I’ll remove carpet, door panels and headliner and insulate everything. Additional efforts will include checking the alignment of the rear windows to make sure they seal properly and investigating whether sports mirrors might be more quiet than the flat-backed chrome mirrors. 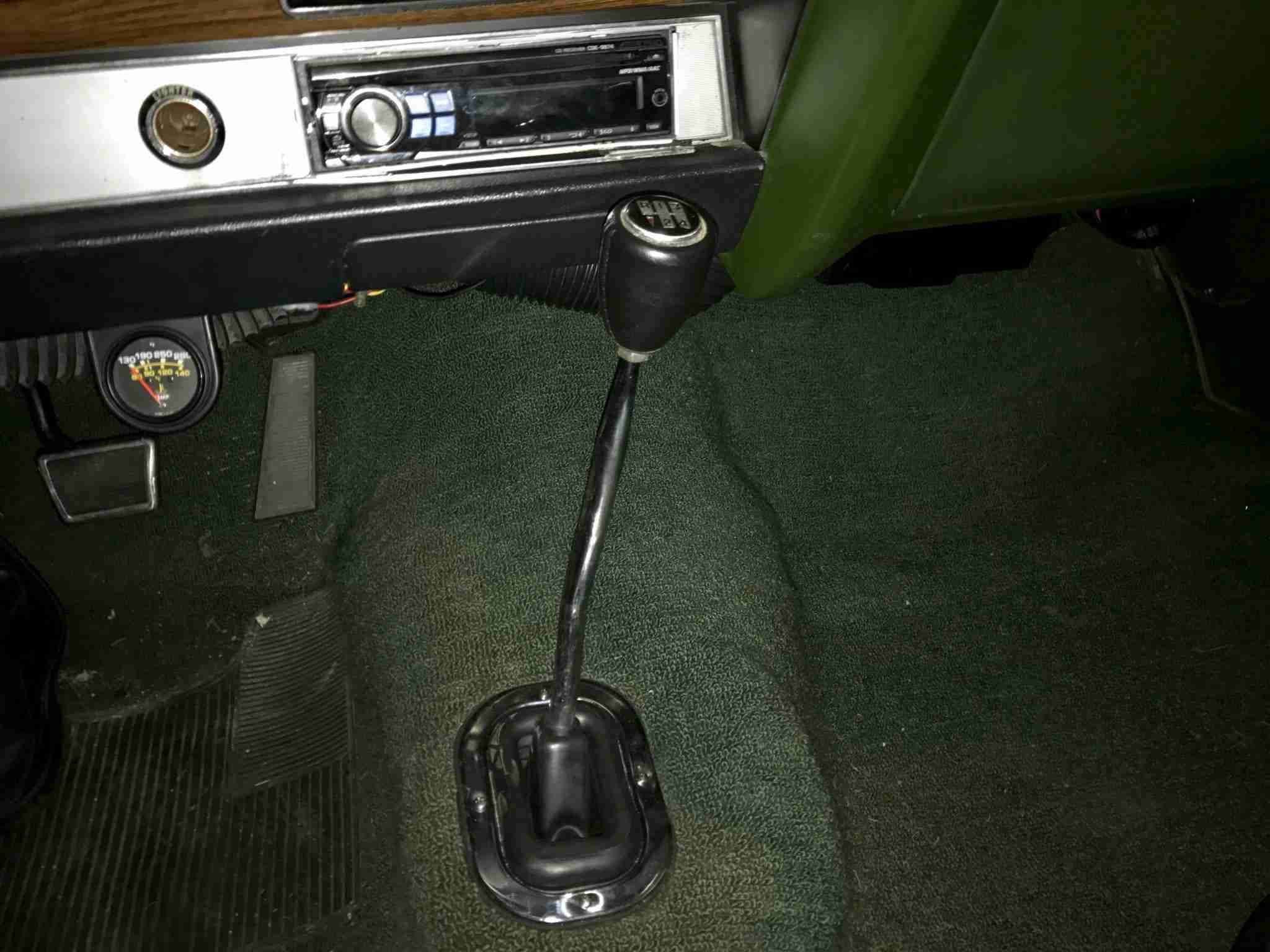 The Muncie 4-speed’s shifter is designed to be shifted by a gorilla. When this particular gorilla walks by other gorillas, those other gorillas say “Wow, that gorilla has really long arms for a gorilla”. To engage third gear, I literally have to lean forward (a task made easier with the installation of retractable seat belts) and reach with my arm fully extended toward the passenger’s knee. It’s cute when my wife is the passenger because she thinks I’m getting fresh, but it does prevent me from carrying anyone else in that seat. I was six years old in 1972, but I don’t remember anything about people from that time having extraordinarily long arms. Also, the throws on the shifter are extremely long because the shifter stick is so long.

The current shifter shies away from the driver, as if it doesn’t want to be touched. Looking at pictures of GTO interiors reveals that it is not right for the car. I believe that a corect shifter stick that bends toward the driver would help alleviate much of the problem.  Another potential solution would be installing a T56 6-speed transmission, which would move the shifter back several inches. 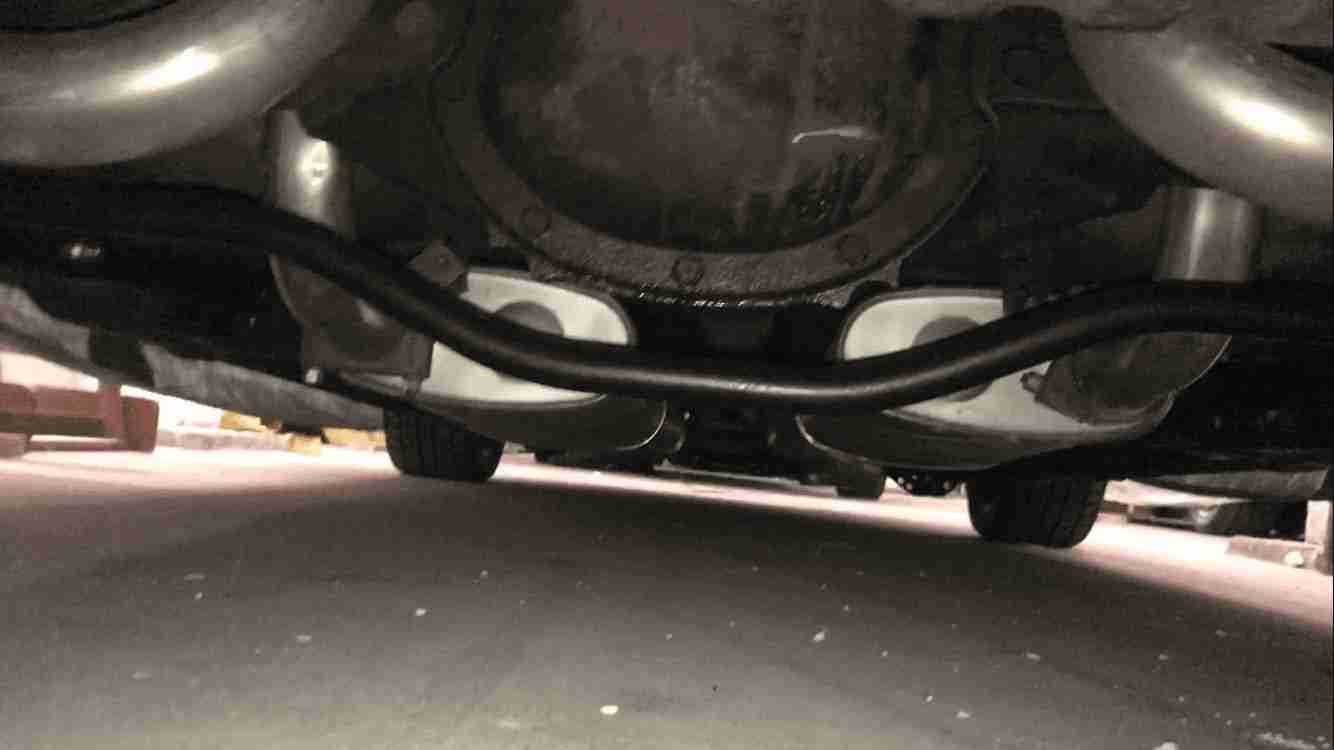 Pontiac equipped most LeManses, including mine, with their 8.2” open differential. It’s fine when mated to a weak straight 6, but a powerful 400 cubic inch V8 will do bad things to the 8.2”. Plus, as anyone who’s ever seen My Cousin Vinny can tell you, the lack of positraction means a lack of traction and only one trail down the road when burning rubber. The 275 width BF Goodrich G-Force radials have helped traction, but the car still has trouble hooking up.

Both of these issues will be solved with a new Ford 9” rear end with limited slip. The 9 inch is a bit heavier, but the added traction and confidence that the pumpkin won’t grenade on acceleration will more than make up for that. 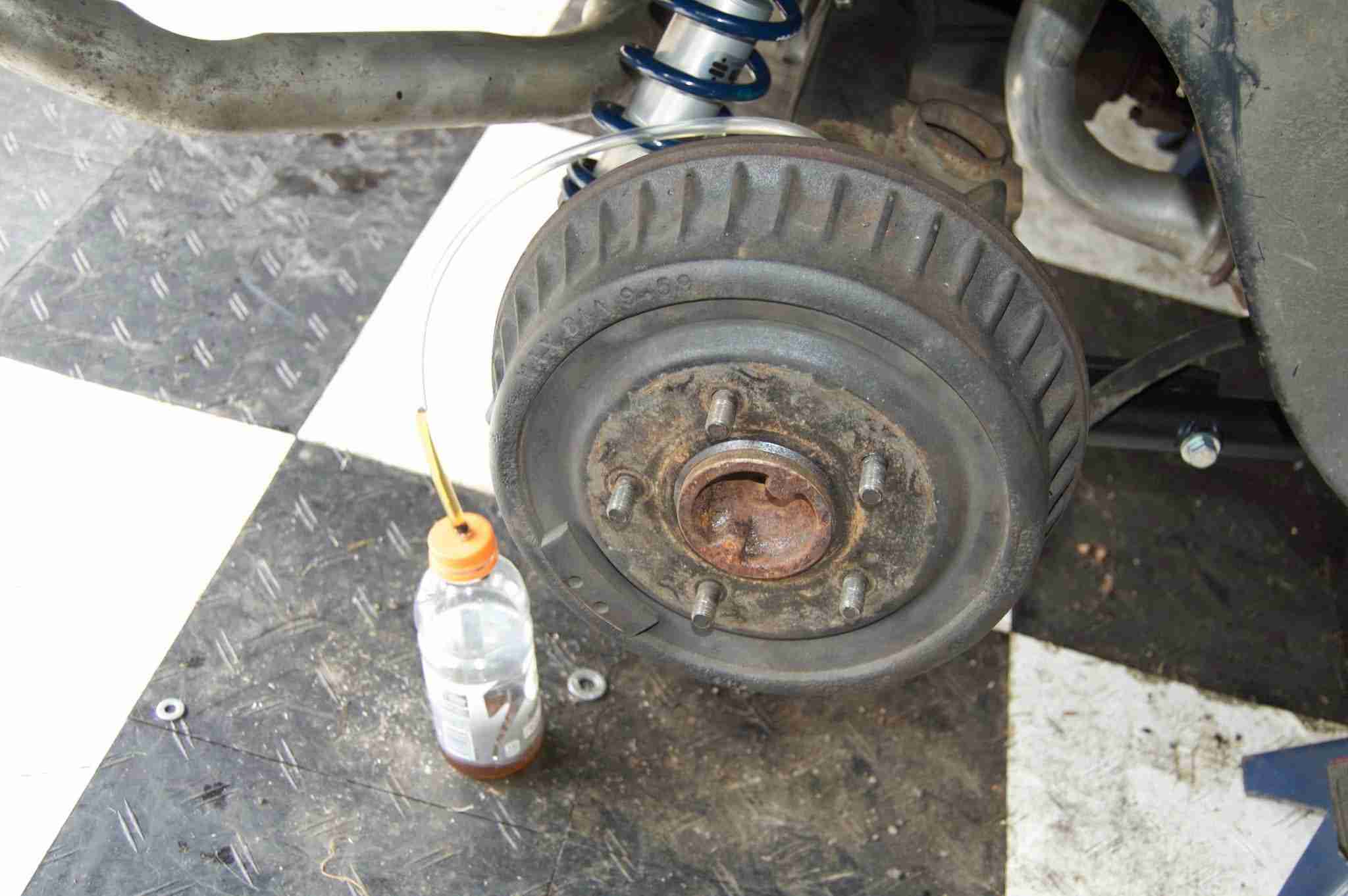 The brakes have been vastly improved with the addition of Corvette C6 front brakes. The rear drum brakes, however, are less than stellar. Look for the LeMans to get a set of rear discs that compliment those on the front. Stopping distances will tumble and seat belts will lock so as to prevent those in the seats from kissing the windshield. Braking nirvana will have been achieved.

The Muncie 4-speed in the LeMans has no overdrive. With a 3.36 ratio rear end, at 70 mph it is reving like a teen leaving a theater after having viewed a Fast and Furious movie. A recent trip on the local interstate resulted in a 10.3 mpg average on flat, straight road. A fifth gear would help reduce the frequency of gas station stops as well as quiet down the din inside the cabin.

This all essentially amounts to a to-do list. I will tackle them one at a time and as each task is completed, two more will arise. Each project will improve the performance or comfort of the car which, I hope, will increase the frequency of LeMans drives. The Pacific Northwest has had a particularly nasty Fall, Winter and Spring, hampering our ability to enjoy these cars. It’s time to get back onto the road.