Miata Joins the Garage, the Audi Moves On 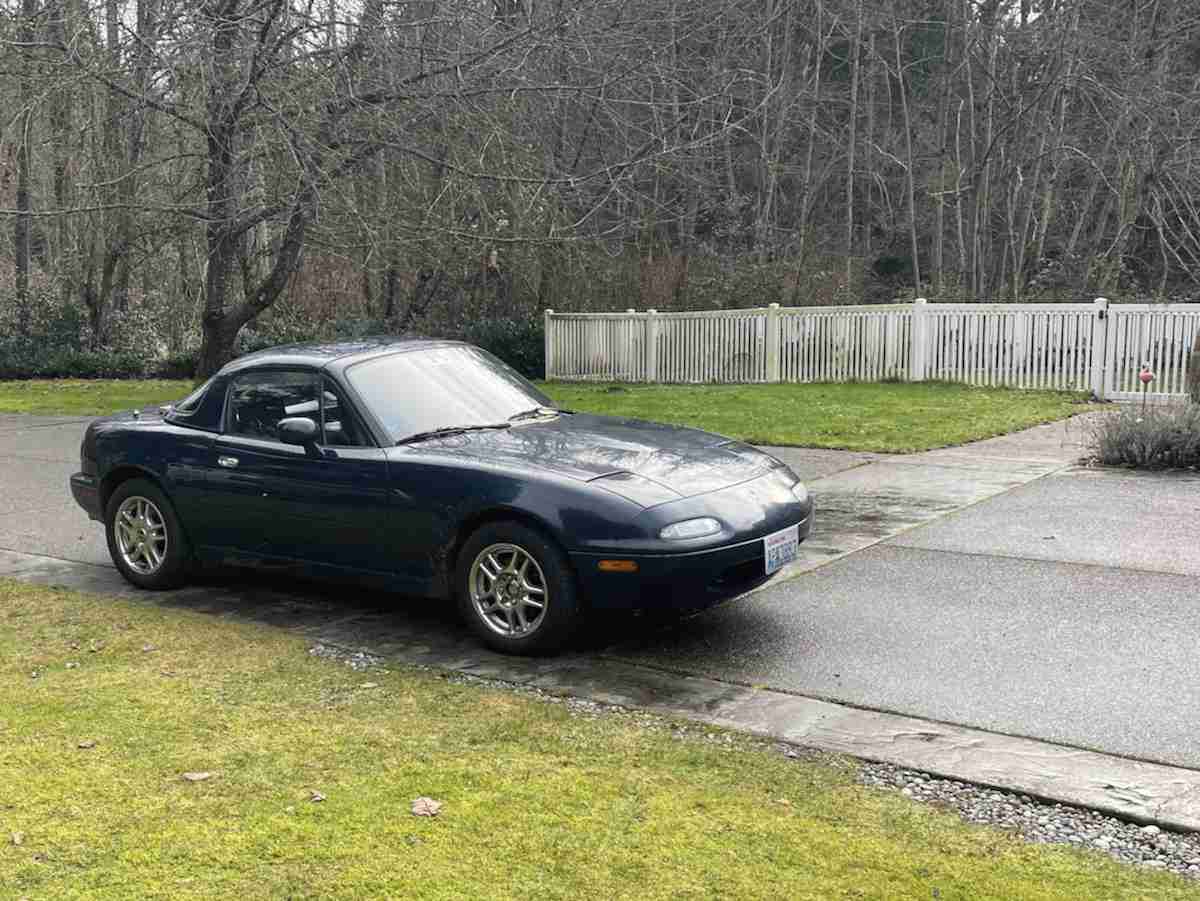 We’ve had a bit of a turnover in the NMC garage. For the first time in quite a while, I sold a car. I believe that the last time this happened was when I sold my BMW e34 525i, about fifteen years ago. We said goodbye to our 2011 Audi Q5 S Line, a car we purchased for my wife in 2014. She used it to drive carpool for our daughter and her friends (basketball, lacrosse and fastpitch softball) and as a daily commuter. The new owner is a friend and I trust the Audi will serve her well for many years to come. The Q5 was a great vehicle that served us reliably on road trips and as my wife’s daily commuter. I would recommend it to anyone looking for a comfortable, AWD car. The 270 horsepower 3.2 liter V6 provides adequate power when mated to the 6-speed automatic. My wife works from home currently and our youngest kid has her own cars, so the need for the Audi was no longer there. My wife can take her Boxster S, our F150, 944 or Expedition to run errands. Our daughter might even let her borrow her 135i.

We took a 1995 Mazda Miata MX5 as partial trade for the Audi Q5. We are the second owner of the car, which was originally purchased in Alaska (thus explaining its block heater). The MX5 is Montego Blue Mica, which was originally an M Edition color. This Miata is not an M Edition, and Montego Blue Mica is the only M Edition color that was used later on regular Miatas. Those who can see colors with a fair amount of proficiency (not me) describe it as blue-green. The car has a factory hardtop, a 5-speed manual transmission and chrome aftermarket 14-inch wheels. The interior is in good condition with cloth seats and working air conditioning. The original steering wheel is showing its age, but our friends at Momo should be able to cure that.

Why a Miata? The car came to our house months ago, in early spring. Our 17-year-old daughter borrowed it to take to car meets, as an alternative to her Ford F250. We planned to make the Miata her fun car, while she used her F250 to haul her horses. Her acquisition of a 2011 BMW 135i made the Miata superfluous, since the BMW was a great car for cruising and an excellent Cars and Coffee machine. The decision to keep the Miata was made in large part thanks to my decision to actually drive it. I am a sucker for a two-seat convertible (we have five now) with crisp handling, a short-throw gear shift and a responsive little engine. It was fun to drive and different from our other convertibles. This Miata wasn’t going anywhere.

We took good care of the Miata during the time it spent at our house before we finally completed the transaction. One of its heater hoses developed a leak, so we employed the small hands of my daughter to squeeze between the firewall and engine to replace both heater hoses. The alternator belt broke, necessitating a new one in its place. Around 50 mph, the steering wheel experienced shimmy. We hoped that the tires were out of balance or just worn and this was confirmed when the new Vredestein Quatrac 5 SL all-season tires solved that problem. One of the wheel centers was missing but I was able to find a nice used replacement on ebay.

We took the Miata to Radwood PNW at Dirtfish in Snoqualmie, Washington. My son’s friend, who drives for our 24 Hours of LeMons team and has his own Montego Blue Mica MX5, drove the car to the show. My son took my 1988 Porsche 944 and I showed up as Radwood Royalty in my 1985 Plymouth Colts GTS Turbo. We had a little rain and all the cars were adorned with some mud, but that’s what happens when one goes to Dirtfish. One of the highlights of the event was skateboarder and professional rally driver Bucky Lasek offering rides in a rally Subaru Impreza on a course laid out by Dirtfish.

I intend to keep this Miata fairly stock. It does what I want it to do quite well in its present form and I have enough projects as it is. As mentioned, I will need to replace the steering wheel because its leather is worn. There is an airbag in the factory steering wheel, but I don’t want a twenty-six-year-old steering wheel blowing up in my face should something bad happen. I do intend to get a set of summer tires and mount them on lightweight aftermarket wheels. With my Porsche 944, I alternate all-season tires and wheels with summer tires and wheels and will do the same with the Miata. The wheels that I am currently eyeing for the summer tires are 15-inch Sparco FF-1 in bronze. I expect to complete that project when the weather starts to clear up (June in the northwest).

The paint and body are in good condition. I experimented on the trunk with some Griot’s Garage polish and orbital polisher and it shined up beautifully. Polishing the rest of the car will be a fall or winter project. One of the fenders was keyed early in the car’s life and I will see what it takes to eliminate that. Unfortunately the hardtop glass was also a victim of a vandal, who smashed it one night while it was sitting in our driveway. The glass is still available from Mazda and I believe I’ve located a shop that can install it. While that work is being performed, I will install security cameras, motion-activated lights and deadly laser beams to prevent further carnage.

Look for the Miata updates on the Need More Cars site. We will need to perform a tune up, possibly replace the timing belt (and all of the “while-we’re there” stuff), definitely replace the steering wheel and get those new Sparco wheels with summer tires in the spring. In the meantime, it should be ready for fall and winter, so we will spend some time getting to know the car to determine which other needs it might have. 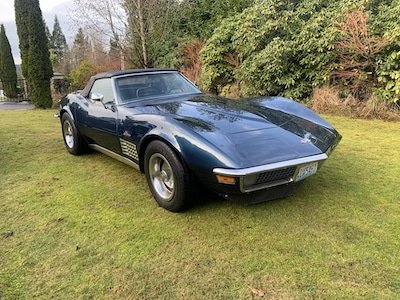 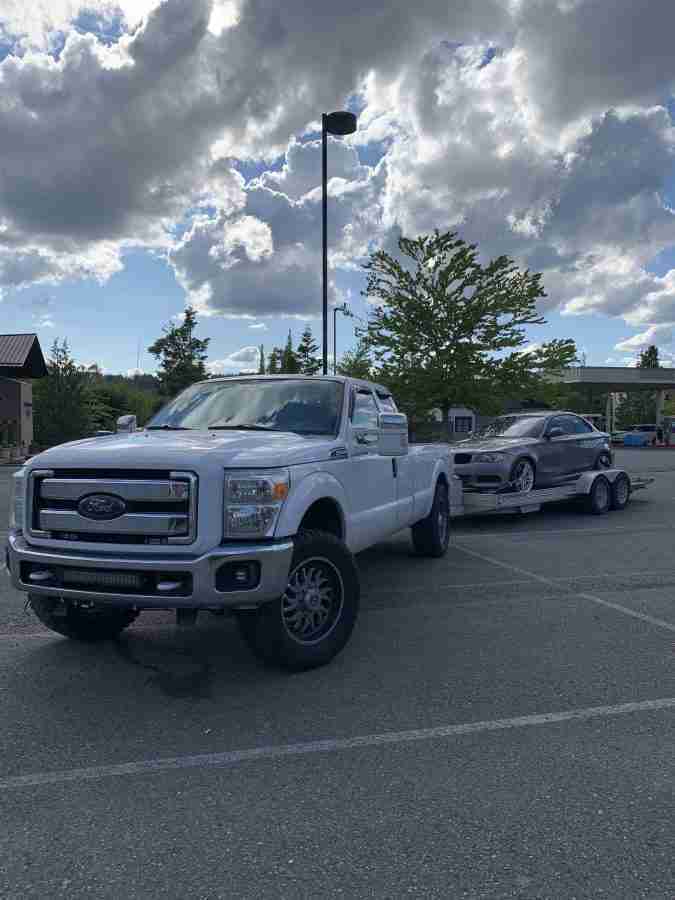 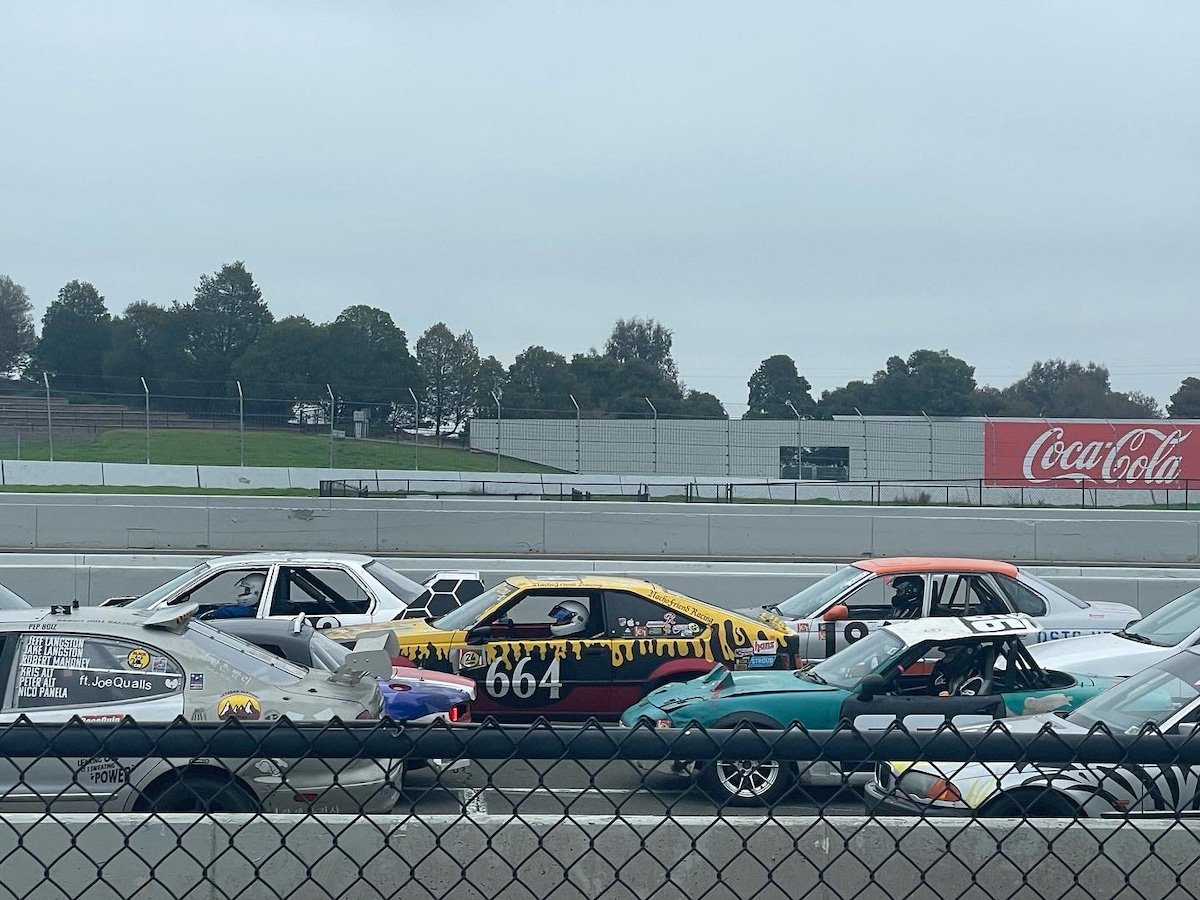 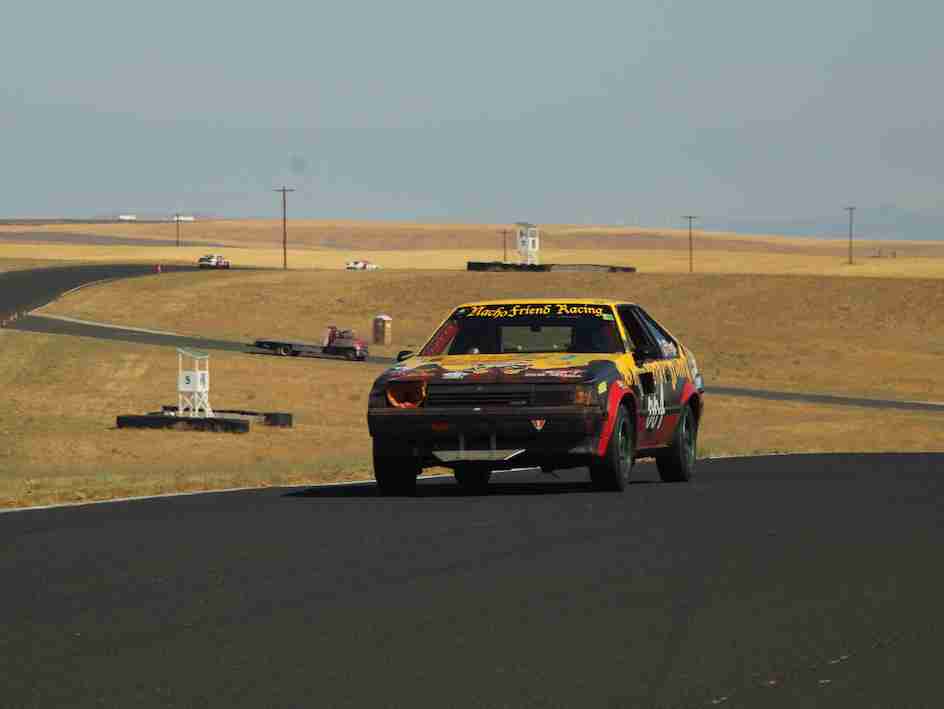 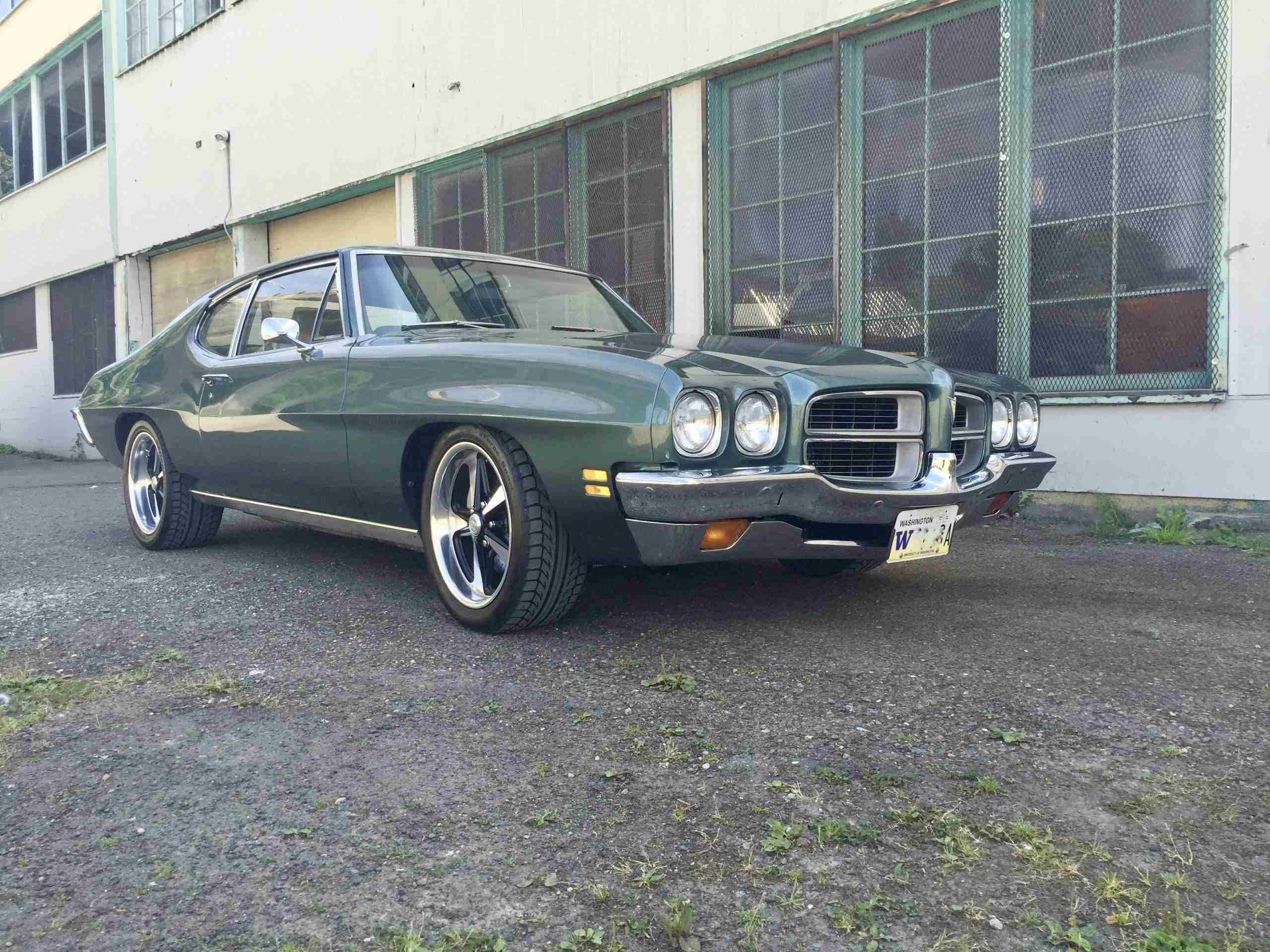